A study by Petter Brodin’s group at the Karolinska Institute in Stockholm has used a longitudinal, systems-level approach to characterize immune responses at both the cellular and protein level in severe COVID-19, and during the transition from acute disease to the recovery phase.

About the principle investigator on this study 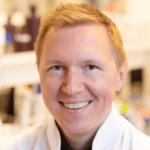 Petter Brodin studied medicine at Karolinska Institutet and graduated in 2011, when he also defended his PhD thesis in immunology at the same institution. He subsequently joined the Mark Davis laboratory at Stanford University, California. There he studied human immune system variation and the influences of heritable and non-heritable factors (Brodin et al, Cell 2015).

In 2013, he was recruited back to Sweden and the newly established Science for Life Laboratory in Solna to build up a national facility for Mass cytometry and form his own research group. Brodin and his team members have since continued to develop methods to profile human immune systems at the system level in health and disease.

He also specializes in pediatrics and has more recently focused on early human immune systems development, and the influences of environmental factors. (Photograph of Petter kindly provided by Ulf Sirborn)

“The power of longitudinal monitoring is that patients captured at different stages of their disease course can be analyzed and compared. Longitudinal monitoring also allow for co-regulated features to be inferred and the systems-level perspective adds greater understanding of the immune cell and protein interactions that underlie the disease process“.